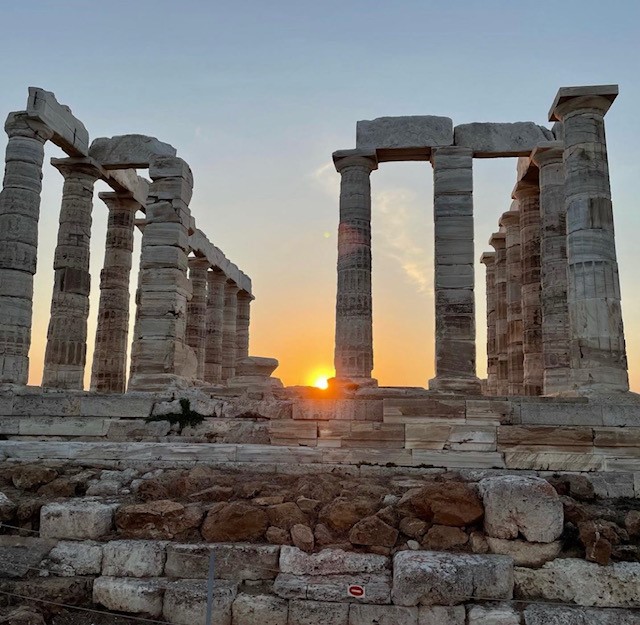 After a couple of years of limited travel due to the pandemic, passports are being renewed, and dream vacations are once again becoming a reality as people start to plan their summer 2022 vacations--with Greece being on the top of many lists.

There is nothing as magical as a summer in Greece. Always a popular travel destination, Greece saw a massive increase in tourism again in 2021, after being hit hard during the pandemic. Those who weren't able to get to Greece this summer can start to plan their perfect trip for next summer--starting in Athens, the capital of Greece.

One of the oldest cities in the world, and the birthplace of democracy, Athens is a great place to begin exploring before visiting the islands or continuing your journey through mainland Greece, because it offers so much for every type of traveller--a great mix of ancient sites, museums, dining options, sightseeing, and shopping, surrounded by the sea.

If you have less than a week in Athens, here are a few neighborhoods and sights you should make time to visit:

One of the most well-known and popular tourists neighborhood in Athens is Plaka, also known as 'the neighborhood of the Gods.' This is a top attraction because of the picturesque streets, restaurants, shops, and of course, the historic landmarks. Although crowded, especially during the summer months of July and August, it is a great place to begin exploring because you'll get to walk through the ancient, cobblestone streets, shop for souvenirs in Monastiraki, and visit the Acropolis. Take time while you're in Plaka to walk through Hadrian's Arch to visit the Temple of Zeus--one of the largest temples in Greece. Another breathtaking site is the Temple of Hephaestus, which is the best preserved Doric temple in Greece.

The Acropolis is the ‘crown jewel of Athens’, and a sight to behold. One of the most important ancient sites in the world dating back to 5000-4000 BC, and a UNESCO World Heritage Site, the Acropolis soars above the city of Athens. Of course, the main attraction is the Parthenon, the large, majestic marble temple dedicated to the Goddess Athena. It’s best to explore the Acropolis early in the morning, to avoid midday crowds and the summer heat. Tickets can be purchased once you arrive.

Acropolis Museum
The Acropolis Museum opened its doors in 2009, and has become one of the world’s most important museums, showcasing the surviving treasures--sculptures, statues, jewellery, ceramics, art—from the Acropolis. The museum itself is stunning to see, and the Acropolis is always visible through the floor to ceiling windows throughout the museum. As you enter, you’ll walk over a glass floor which reveals the ruins of an ancient Athenian neighbourhood, uncovered during the construction of the museum.

The National Archaeological Museum is another important museum to visit during your time in Athens. This museum is dedicated to ancient Greek art, showcasing a vast collection of sculptures, marble and bronze statues, and jewelry. It’s interesting to see, as you walk through the historic museum, the evolution of ancient Greek culture through the many galleries over the three floors.

If you have limited time in Greece, visiting the Athens Riviera is a great way to get a glimpse of the island life without leaving the mainland. 30 minutes from downtown Athens, the Athens Riviera looks a lot like the French Riviera, hence, the name. It is a beautiful coastline full of blue-flag beaches on the Aegean Sea, sea-side restaurants, and five-star resorts like the Four Seasons. You can also visit the neighborhoods of Vouliagmeni and Glyfada, to enjoy some of the finest seaside dining, beaches, and shopping, in an upscale surrounding.

The Temple of Poseidon at Cape Sounion is one of the most beautiful sites to see in Greece, especially at sunset. Homer referred to Cape Sounion as “the sacred cape of the Athenians.” I envisioned I would be alone with my family when we visited, but of course, it was full of tourists and their camera gear—but it was still worth it. This temple was built in 440 BC, perched 60 meters above the Aegean sea, at the southernmost tip of Attica. Rich in history, this Doric temple is devoted to Poseidon, the Olympian God of the sea, and offers spectacular views of the Aegean Sea. You can buy your tickets once you arrive, but make sure you give yourself enough time to get there, because last entry is 20 minutes before sunset.

Dining is a simple thing in Athens, because no matter where you go, and no matter where you’re exploring, you will always find a delicious restaurant or small taverna offering classic Greek and Mediterranean food. It’s almost impossible to eat a bad meal in Greece, Athens being no exception. If you’re looking for something different—after you’ve indulged your taste for Greek cuisine—head to Athénée, a trendy Athenian landmark that’s been around for over 80 years. It’s a great place to stop for lunch after shopping around the upscale neighborhood of Kolonaki, and it’s perfect to people watch, and maybe catch a glimpse of a celebrity as this is where many athletes, actors, and singers go to dine. Athénée has an extensive menu but is most known for its sushi bar.

Mommy and Me Monday!

March 22, 2010
Why do weekends go by so fast? Monday is here yet again - and it's always a bit of a bittersweet day for me. On one hand, I love getting dressed up and going to work, going to the gym during the lunch hour, shopping, or lunching with friends -but at the same time, I miss my boys terribly when I go to work! Nothing is as sweet to me as weekends with my boys. Waking up together, taking our time to get dressed, and doing whatever we want. Yesterday, we went to the sugar bush and it was amazing - the kids had the greatest time, and I was even able to get in a picture with them! The truly amazing thing is that we're all looking at the camera and smiling! You all know this is not something that comes easy with children, right? Now I'll be able to look at their little smiley faces all day long... Hosted by the lovely Krystyn for Mommy and Me Monday!
26 comments
Read more

September 15, 2011
A couple of nights ago, I was thinking about how much I miss Old School Blogging. You know? From a few years ago, when things were just... blogs, and nothing more? Just our stories, written from our hearts, here for the world, for our little community, to read? When we had more time, it seems, to sit down and read posts from start to finish, when we were able to comment without problems because we weren't doing it from our iPhones, and when we didn't "favourite" every post we wanted to eventually get around to reading... (because we don't always get back to those posts, do we?) I started blogging in 2007, which to some of you is still not even that Old School , but to me, it's well... old enough. My first born son, now in grade one, was only 18 months old when I started this little blog. This little blog has been very good to me, for so many reasons, mainly because of the friendships I've formed, and the opportunties I've experienced. I'm ver
32 comments
Read more

Save Your Skin With SkinCeuticals

March 30, 2016
Taking care of our skin is really important, and now that winter is over, it's time to get our skin ready for spring and summer. I'm a huge believer in taking preventative measures to help fight skin damage, and to keep our skin looking youthful and healthy.  I was recently introduced to  SkinCeuticals , one of the most trusted names in skin care. These products are amazing . Changing up your beauty routine with each changing seasons is a great idea, and when you find products you love... keep using them! I was introduced to SkinCeuticals when I reviewed Gee Beauty in Bal Harbour . Here are the products I received and love using every day: Serum 10  This serum is ideal for sensitive skin and works quickly to restore healthy looking skin, Serum 10 AOX+ neutralizes free radicals, defends against environmental damage, and helps fight the appearance of aging. Here's the best part: once absorbed into your skin, this serum can't be washed off; it continues work
1 comment
Read more