From Page To Screen: The Books That Inspired This Year's Oscar Nominated Movies 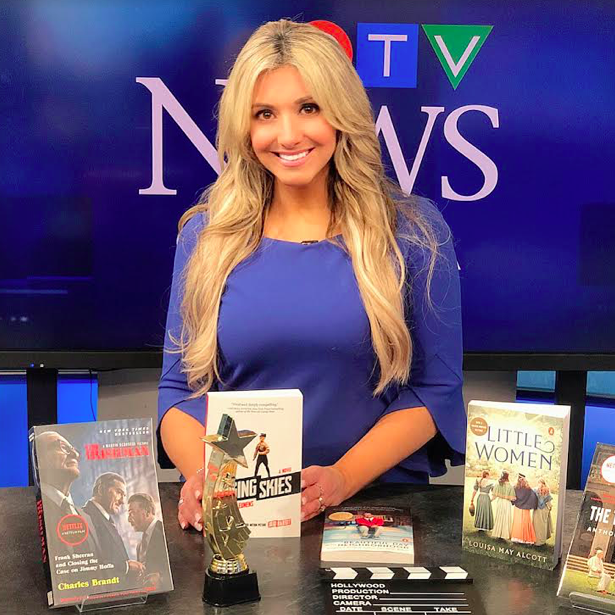 The 92nd annual Academy Awards take place on February 9th. There are so many great movies nominated this year, many of which I've seen–and loved! Nothing beats an excellent movie except, perhaps, an equally excellent book. Great novels are often a staple of Oscar season, and this year, these are the books that inspired some of the year's best movies, all Oscar nominated films. The books make an excellent companion to the film, and I think it's a great idea to read the book, and watch the movie, just in time for Oscar season.

I was on CTV Noon and CTV Ottawa Morning Live talking about these great books, all of which you can pick up at Indigo. (My favourite store, by the way–I could spend countless hours in Indigo looking through all the books and home decor items!) 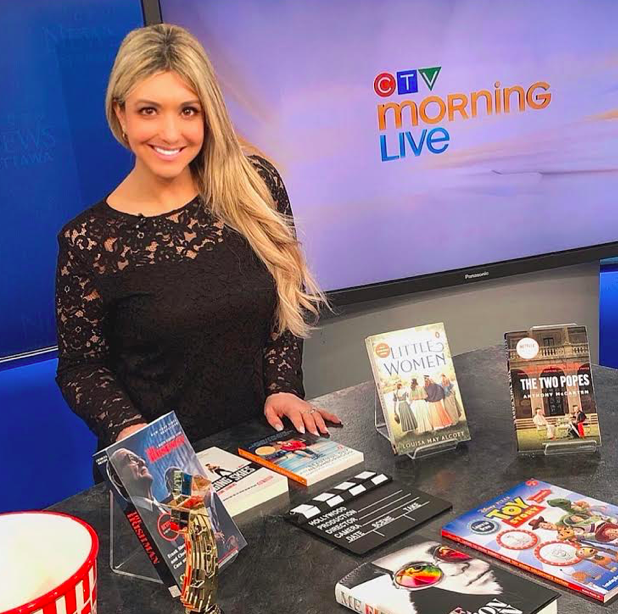 Here are the books worth reading before February 9th:

This Irishman is the movie based on the book I Heard You Paint Houses by Charles Brandt. The movie, on Netflix and in select theatres, is nominated for Best Picture, Best Director (Martin Scorsese), and Best Supporting Actor for Al Pacino and Joe Pesci. The movie also stars Robert DeNiro. A stellar cast, for sure, and an epic movie about organized crime in post-war America, told through the eyes of WWII veteran Frank Sheeran, played by DeNiro, a hitman who worked for crime boss Russell Bufalino, played by Pesci. The book (and movie) spans decades and chronicles one of the greatest unsolved mysteries in American history–the disappearance of legendary crime boss Jimmy Hoffa, played by Al Pacino. It's a movie that reminds me of Goodfellas.

Caging Skies is an international bestseller and inspired the movie Jojo Rabbit, up for Best Picture this year. This comedy-drama film, based on the book, is told through the perspective of a young boy, a Hitler Youth member, who find out his mother (played by Scarlett Johansson, who is nominated for Best Supporting Actress) is hiding a Jewish girl in their attic. The young boy questions his beliefs, while dealing with his imaginary friend... Hitler. The book and movie reveals a world of truth and lies, both personal and political.

Yet another Joker movie, but this time, even darker than the ones before it. This spooky thriller is up for Best Picture, and Joaquin Phoenix is nominated for Best Actor for his incredible job portraying the Joker. You can find the Joker in Indigo; it's a comic, but a little too dark for young readers.

This is a classic book that most of us remember reading from our childhood; it was one of my most favourite books I read when I was younger, and it's still a delight to read today. The movie is up for Best Picture, and has six Oscar nominations overall. It's easy to fall in love with the March sisters, both in the book, and on the big screen.

The Two Popes is about Pope Benedict XVI , his resignation, and the pope that took over, Pope Francis, the first non-European pope in twelve hundred years. Pope Francis, originally from Argentina, was once a tango club bouncer, and a huge soccer fan. The movie shows the relationship between these two different characters, and the book is a delight to read, as well, showing the dark and light side of one of the world's most significant institutions. The movie is up for a few Oscars, including Best Picture and Best Actor.

A Beautiful Day in the Neighbourhood

Tom Hanks is up for Best Supporting Actor for his role as Mister Rogers. The book features the interview by an Esquire journalist, who profiled Mister Rogers for the magazine, and the book features quotes and words of wisdom from this beloved television star. Tom Hanks is perfectly cast in this movie, and both the movie and book are seeing and reading.

What movie do you hope wins Best Picture? I'm leaning towards Once Upon a Time in Hollywood, though all the above mentioned movie are all very deserving, too.

Thank you Indigo, for supplying me with the books for my TV segments.

Summer Of Colour: Top Gardening Trends With #PCGarden And A Gardening Giveaway

June 01, 2016
I admit it... I don't have much of a green thumb, but I love beautiful gardens and flowers in the summer. Whether it's at my place, my in-law's, or my parent's home, I appreciate pretty flowers and a lovely garden, and so do my children. Now that the first long weekend of summer is behind us, we're totally in summer mode. I was even motivated to get my garden ready. However you're imagining your outdoor living space, I'm sure it involves some greenery, plants, vegetables, and flowers, right? It just makes everything look and smell so much prettier! President's Choice has excellent Garden Centres so you can pick up all all you need in one place. And  they make it easy for you, too, because they'll be able to answer your questions, and they already have in store what you're looking for, from the latest trends (think bright, happy colours with dazzling shades and hues) to the gardening tools. This year, I wanted to bring more colour into my h
67 comments
Read more

Happy To Be A ShoeMe.ca Shoe Style Ambassador (Plus A Shoe Giveaway!)

May 27, 2014
Shopping, as you all know, is a passion of mine. I love sharing shopping news with my readers and friends and letting everyone know about fantastic deals, new products I love, and great new sites that are worth checking out. When it comes to retail therapy, there is nothing quite like shoe shopping. Several weeks ago, I was approached by Shoeme.ca  and was asked if I wanted to be their Shoe Style Ambassador . I said YES! YES! YES! quickly, without hesitation, because, well, shopping and shoes? What's not to love? Sigh... Shoeme.ca is an online Canadian shoe store that carries all the brands you love: Nine West, Sam Edelman, Geox, Hush Puppies, Stride Rite, Timberland, UGG, ECCO, Crocs, Converse, Donald J Pliner, BCBG, and so much more. They have such a great selection of shoes for everyone in your family—women, men, and children—and they provide amazing customer service, like free express shipping, (I received my shoes in one day!) and free returns. Shopping online has s
49 comments
Read more

Take The Pledge And Raise A Food Lover

August 29, 2018
We all lead busy lives—from juggling work to extra-curricular activities, sometimes it feels like there aren’t enough hours in a day to get it all done. Trying to find the perfect balance can be challenging, but one thing remains constant in my household: connecting around the dinner table. Coming from a Greek family, dinnertime was always a priority, no matter how busy our days were, and this is a tradition we’ve kept with our children. Now that our boys are older (13 and 10 years old) my husband and I often get them to help out when it comes to dinner preparation, and even cooking; I’m happy to say that my even my youngest son can make a delicious homemade tomato sauce, with some ingredients coming from our own backyard vegetable garden, like basil, tomatoes, oregano, and onions.   Growing a garden was a new venture for us this summer, and one we thoroughly enjoyed. It made meal time prep more fun, and also forced us all to eat more vegetables than we were used to.
46 comments
Read more